I don’t know about you, but the phrase “at last” immediately conjures up the opening bars of Etta James singing her signature song of that title. Her recording is almost 60 years old now, and still echoes through my mind. Just thinking about it caused me to search through my music collection (which is all in digital form, and easily searchable); in doing so I realized that although I have an instrumental version by Glen Miller and his Orchestra, I don’t have Etta James’ version. More accurately, I didn’t have it — thanks to the miracle of modern technology it took me about 20 seconds to purchase a copy (yes, I’m one of those rare people who actually like to own their music library; I have yet to succumb to subscription music). In any case, all of this is tangential to where I aim to go with this week’s blog post. At long last, I can use the phrase to apply to this: 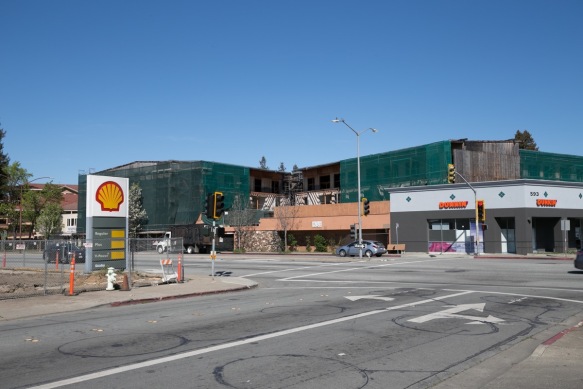 As I write this, even as most of us shelter in place due to COVID-19, work has finally commenced on bringing this building back to life.

Although I’m sure that pretty much every Redwood City resident has seen this particular building — the intersection you see in the above picture is Woodside Road (going from left to right) and Hudson Street (which changes names to become Central Avenue on the other side of Woodside Road) — it has been in this state for so long that many may not know much about it.

The Hallmark House apartment building, located at 531 Woodside Road, was originally built in 1964 as a market-rate apartment building. It had a total of 72 apartments, two of which were studios, one of which was a two-bedroom unit (for the building manager, I presume) and the remaining 69 of which were one-bedroom units. The apartments occupy three stories on top of a large ground-floor parking garage. There is also a pool and a deck for use by the building’s residents on the second floor.

In late 2003 Redwood City, through its Redevelopment Agency, helped KDF Communities purchase and rehabilitate the building by loaning the company $650,000. As part of the purchase agreement, all 72 of the building’s units were converted to affordable housing. Of the building’s 72 apartments, 22 of them were made affordable at the Very Low income level, making them affordable to persons “having an income not to exceed fifty percent (50%) of the area median income (“AMI”) adjusted for family size appropriate to the given unit.” The remaining 50 units were made available to those earning at or below the so-called HOME limit, which was 60% of the AMI (again, adjusted based on family size and the unit size) — with preference for these units given to people aged 55 and older. All of these affordability covenants were set to remain in effect for 55 years, or until the year 2058.

For the uninitiated, these affordable income levels and the corresponding rent limits are set each year by the County of San Mateo, and can be found here. At this time the limits for the year 2020 have yet to be published, but the numbers for 2019, for a single person living in a one-bedroom apartment, are:

At 1:45 a.m. on July 7, 2013, a fire broke out at the Hallmark House apartment building. In the immediate aftermath, one person lost their life, and seventeen other people were injured. The fire rendered the building uninhabitable; all of the building’s residents were forced to relocate. 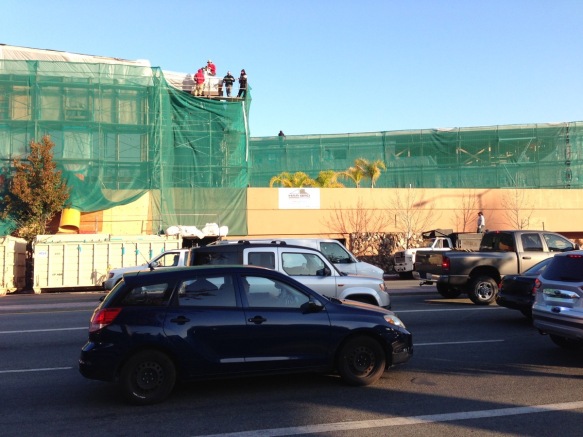 Reconstruction of the building began not too long after the fire (the above picture was taken in December of 2013), but by 2015 that construction had come to a halt and the only sign of life was a single security guard whiling away the hours at the rear of the building’s gloomy, and essentially empty, parking garage. Construction had ceased apparently due to a variety of financial issues, including, I believe, a dispute with the building’s insurer. Since then the building has just sat, completely empty, gathering leaves and slowly deteriorating. Even the security guard vanished some years ago. 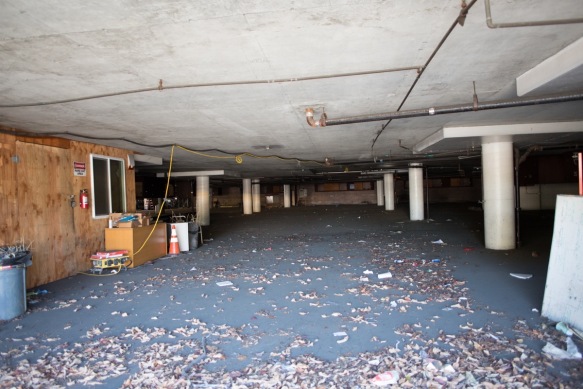 It wasn’t until 2018 that the building’s financial issues were straightened out, a process that involved the buyout of a limited partner through the use of a bridge loan. Prior to this, in 2016, the city had held a TEFRA (Tax Equity and Fiscal Responsibility Act) hearing to enable the issuance of $15,000,000 worth of tax-exempt bonds to provide for the “acquisition, rehabilitation, improvement, and equipping” of the building. Those bonds were apparently never issued, however, as the city ended up holding a second TEFRA hearing in February 2020, this time for a maximum of $25,000,000 worth of bonds. (Note that although the city had to hold the TEFRA hearing, the city is not in any way involved with the issuance of these bonds.)

Those bonds must have done the trick, for suddenly things started happening. On February 19 of this year a building permit was issued to reconstruct the building. On Friday, April 17 — today! — financing for the building was to close, and at last, the building’s owner told the City Council that a framer was due on site as early as next Monday, April 20. He even said that a small amount of interior demolition had already taken place.

Hearing that there had been, and might be, work going on at a building that had been slowly deteriorating, and that I had been closely watching, for nearly seven years certainly piqued my interest, so I went by to see for myself (and to take the above picture). Although the level of activity appeared to be very low — from the outside, there was no sign of activity — the lights were once again on in the underground garage and I could hear people talking. As well, that truck you can see parked in front of the building (to the immediate left of the traffic signal) in the first photo had the name of a demolition company painted on the side, so I think I can safely say that this building is on its way back.

Because this is an affordable housing building, even if the restrictions on construction that we are currently living under in San Mateo County remain in place, work on this building is very much allowed (if not encouraged!). The contractor has a 12-month construction schedule, but at the Council meeting the building’s owner indicated that, given the number of people in the construction trades who are currently looking for work, they just might be able to get it done as quickly as 8 months — but he added that 12 months was a safer bet. Thus, this building could theoretically be ready for new tenants in December of this year at the earliest, although sometime early in 2021 is more likely.

When the building reopens, all of its 72 units will be affordable at the Very Low and Low income levels. The affordability period has been reset, and will now extend through the year 2075. Although many of the building’s residents will be “seniors” (can you call someone who is 55 years old a “senior”?), the building won’t be restricted to them.

I’ve been staring at this building for almost seven years now, and can hardly believe that it is finally going to be rebuilt. The green mesh netting wrapping the scaffolding that surrounds the building on two sides makes it very prominent, and added to the fact that it sits on a fairly busy corner, traffic-wise, this building has been a veritable black eye for Redwood City for quite some time. But finally, that all should be coming to an end. At last. (Sing it, Etta!)