I find it painful to say “goodbye” to any business, even one that I don’t patronize. Not too long ago, in my post Rumor Has It, I wrote about some of the closings at the Broadway Plaza shopping center (at the corner of Broadway and Woodside Road). Shortly after I posted my article, the Big Lots store closed, and signs appeared confirming that Foods Co. would indeed also be closing. While the CVS drugstore and a handful of small stores and restaurants remain (for now), unfortunately this center is likely to be a virtual ghost town for some time to come.

As you have likely read—it was all over the news—on December 26 Pasta Pomodoro abruptly closed all fifteen of its restaurants. This of course included their Redwood City location, which was in the small center at the corner of Whipple Avenue and El Camino Real. Pasta Pomodoro is one business that my wife and I did patronize, albeit sparingly. More importantly, however, is the fact that all of their employees are suddenly out of work, with no prior warning. I stopped by their former Redwood City location the other day and observed that the Christmas decorations were still up and there were still promotional banners in the windows. There was a notice on each of the doors stating that “Pasta Pomodoro is closed until further notice” which implies that they might reopen. Although I don’t believe that, here’s hoping that they do. Finally, I was pleased to see a notice on the door from the Wendy’s burger chain inviting former Pasta Pomodoro employees to apply for jobs at Wendy’s. Interestingly, it seems that at one time Wendy’s owned 25% of Pasta Pomodoro, although they sold their interest in the Italian food chain at the end of 2009.

From Pasta Pomodoro I only had to walk across Whipple Avenue to reach my next destination: the Village Bottle Shop, located at 504 El Camino Real (again, on a corner of Whipple and El Camino). It seems that this little wine shop will be our latest business to close. I had a brief exchange with a man I believe to be the proprietor, and it seems that he can no longer afford the rent. The implication was that his rent has been (or is being) raised, although he didn’t actually say that. Currently he is holding a closing sale; it might be worth checking out if you are in the market for liquor.

Because I was curious, I checked the county records for the property. The building has not been sold. I did learn that this building, the next-door building that houses Edgewood Wash and Dry Laundromat, and the building behind the bottle shop with the “Royer Realty” sign on it, are all owned by members of the Royer family. I’ll be curious to see if they can get a new tenant into this property. It has high visibility, being right at one of the busiest corners in Redwood City, but has lousy parking: the small lot is difficult to get into and out of, and has very few spaces.

Adding to the list of business within Redwood City that we had to say “goodbye” to is Revival Upscale Retail, a store that sold high-end lightly used clothing (and, it seems, some new—likely overstock—clothing). They were located at 2658 Broadway, just a couple of doors down from El Camino Real. And then there is Pebble, the smart-watch maker. Although some of their employees and some of their software technology was snapped up by fitness-monitoring-device maker Fitbit, Pebble as a legal entity has ceased all operations. Only one year ago Pebble moved into the smaller of the two Box buildings; they lasted almost exactly 12 months in that location.

Just as we say “goodbye” to some businesses, however, we also get to say “hello” to others. The first is one that may well have been in Redwood City for some time, but as they have no signs or any other indication of their presence, I was only alerted to them when I received an article, clipped from the Los Angeles Times, from my father. Balsam Hill (or, perhaps more accurately, Balsam Brands, their parent company) is situated upstairs in the Bank of America building at the corner of Jefferson Avenue and Marshall Street:

Who is Balsam Hill? They are “the world’s leading retailer of artificial Christmas trees and related holiday décor products.” They really do seem to make a quality product; check out their website (http://www.balsamhill.com/) if you are in the market for trees, wreaths, and other “holiday décor.”

For something completely different, say “hello” to Kuri: 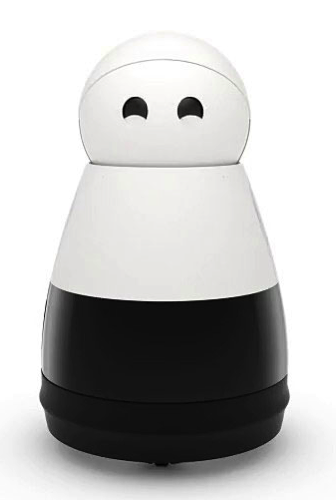 Although it may be a bit hard to see in the above photo, just below the second-story window in the center of the building is a sign for Mayfield Robotics. This company has just announced Kuri, a “helpful home robot” that roams around your house and notifies you if it sees or hears anything out of the ordinary. In addition, although it cannot speak—it makes R2-D2-like sounds—it accepts spoken commands and can play audio such as music, audiobooks or podcasts. And, of course, it connects to your smartphone, so it can accept commands from you and alert you to anomalies even when you are not at home. To my eyes, Kuri seems very much akin to a pet—a pet that looks like a cross between R2-D2 and a Playmobil figure, and that doesn’t need to be walked or fed (I assume it charges itself).

Mayfield Robotics is currently accepting pre-orders for Kuri. Kuri will run you $699, although for now you need only supply a $100 deposit. Mayfield aims to ship their first robots in time for the 2017 holiday season. So if you are one of those people who like to live on the cutting edge, check out their website at https://www.heykuri.com.

Tech and robots I understand. Biotech, not so much. So when I heard that Synthego, a genetic-engineering startup, was located in Redwood City (just barely, though—they’re on Haven Avenue, near Marsh Road, literally right up against the city’s border), I naturally checked out their website. And promptly realized that I know almost nothing about their field. I mean, they’ve developed the “World’s First Synthetic sgRNA Kit for CRISPR”! More clearly, they make research tools for genetic scientists working to “cut out and replace specific segments of DNA.” Synthego was founded by two former SpaceX engineers, and currently employs some 50 people.

Businesses large and small contribute a great deal to the fabric of our society, and it is almost always painful to see how that fabric is altered by the departure of a business. But on the flip side, when a new company or business moves to town that fabric is strengthened and otherwise altered in ways that are almost always good. I’m grateful that while we sometimes have to say “goodbye,” we also have opportunities to say “hello.”

[And now, if the Beatle’s song “Hello, Goodbye” is running through your head and you are inclined to listen to the song, here is a link to a YouTube music video]

Unrelated to any of the above, I wanted to alert readers to the fact that the 603 Jefferson project is back from the grave. This project was originally designed and presented as an eight-story, 91-unit condominium development (with retail on the ground floor) to be located on the corner of Jefferson Avenue and Bradford Street, replacing the old Women’s Health Club: 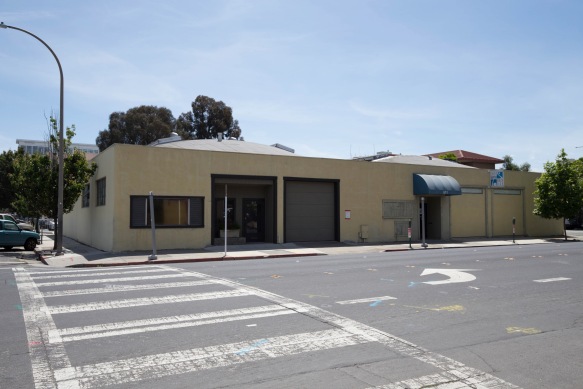 The original project received approval from the Planning Commission, but two separate appeals were filed. The project then went before City Council, who voted to deny the appeals and approve the project. Before the developer could get started, however, a lawsuit was filed against the city “challenging the validity of the City’s actions to approve the Project.” Shortly after that I reported a tip from a reader that the project was likely dead, that the developer appeared to be giving up on Redwood City. However, seems not to be the case: the city settled the lawsuit and the developer (the Pauls Corp.) submitted a revised, smaller version of the project. This new version is scheduled to be presented to the City Council, this time at their Monday, January 9 meeting.

The updated project (show above) is similar in design to the originally approved project, but is smaller: it has been reduced from eight stories to six, and from 91 condominiums to 68. Formerly the project needed three levels of underground parking, but now it only needs two. Based on the preliminary plans submitted by the developer, the 68 condominiums will be sized as follows:

The project’s ground floor contains 4,500 square feet of retail space, plus 23 parking spaces dedicated to the retail space. The retail frontage is primarily along Jefferson Avenue, while cars taking advantage of the retail portion of the garage will enter and exit from Bradford Street (shown in the above rendering). The Jefferson Avenue side will also have a garage door, but it will only provide access to the two underground levels, both of which are reserved for the condominium residents and, it appears, a handful of employees working in the retail space.

At ground level the building essentially stretches from property line to property line in both directions. Beginning with the second floor the building assumes an “L” shape, leaving a square open area on the second floor that is configured for common recreational use by the building’s residents. That space will be on the back side of the building, not visible from either Jefferson or Bradford (it looks out over the Union Bank parking lot, the back side of our main fire station, and the area behind the Redwood City School District offices). Additional common space will be provided on the building’s roof in the form of a rooftop deck that, at least on the drawings, includes couches, fire tables, some outdoor kitchens, and an outdoor TV.

This project is one of the rare ownership opportunities among the housing being built in Redwood City’s downtown; the vast majority of the new housing units you see are apartments. Considering that it was already approved in its prior, larger incarnation, I presume that this smaller version won’t encounter too much opposition—but you never know, so I plan to attend the upcoming City Council meeting.

For those of you who are frustrated with the workings of our government, as well as for those of you who are simply interested in government, there is no better way to make your feelings heard than to actually get involved. To that end, Redwood City is once again accepting applications for “boards, commissions, and committees.” At the moment there is one open seat on the Board of Building Review, and two open seats on the Housing and Human Concerns Committee. If either of these interest you, and if you are a resident of incorporated Redwood City, apply online here: http://ask.redwoodcity.org/TakeSurvey.aspx?SurveyID=7833988. Note that these are volunteer positions: no compensation is given. But they are a great way to dip your toes in the waters of government, and a potential stepping-stone to higher office. Now more than ever we need passionate, dedicated citizens to take the reins of government: might you be one of them?