I’ve been meaning to do this for a while now, but a recent comment to one of my blog posts finally caused me to try to figure out just how occupied (or not) our new downtown housing really is. Here is the original comment:

Greg. I’m curious how many of the downtown apts are rented. I’ve heard they’re only 30 percent full???

My response to the comment indicated my skepticism of the rumor, though admittedly that skepticism was based on little fact. The only data point I had then was one I obtained from my tour of the Franklin 299 project (the 305-unit apartment complex across the tracks from our main library), when I was told that the project was 96% leased and 90% occupied. Prompted by my reader’s comment, I started a spreadsheet with all of the completed projects in and around our downtown, and then began going through their respective websites to see what I could find.

I hadn’t expected much, and thus was both pleased and surprised to discover that all but two of the projects’ sites had availability information: neither Oakwood Redwood City (which was previously known as “The Lane on the Boulevard”) and Locale, the 133-unit apartment building at the corner of Brewster and Winslow seem to list vacancies. But excluding those, here is what I came up with:

Adding up those numbers gives 75 apartments for lease out of a total of 1496, or an occupancy rate of 95%.

Of course, this assumes that all of the available apartments are accurately listed on each apartment complex’s website, which may not be entirely true. But whether the real number is 95%, or 90%, or even 85%, there is no way that it is anywhere close to 30%. Thus I feel we can safely assume that this rumor is in no way true, and that our new downtown apartments are in fact proving to be quite popular. 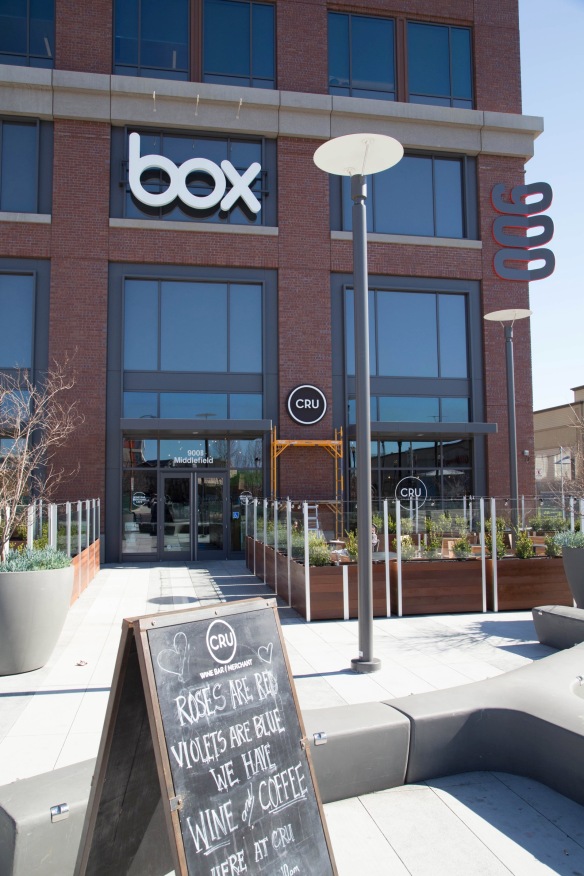 While putting that particular rumor to rest, I decided to look into another aspect of some of these buildings: the retail spaces that a number of them sport on their ground floors. Not limiting myself to residential buildings, I chose to include office buildings that have ground-floor retail since what really interests me is the total amount of ground-floor retail we are gaining or losing as a result of our new construction.

The image of a series of ground-floor shops topped by one or two stories of housing is one that is familiar if you’ve spent much time in Europe: many of their “high streets” are set up just this way. While Redwood City’s mixed-use buildings typically are taller than those you find in smaller European towns, the key is having retail along the sidewalk. Studies have shown that pedestrians are much more inclined to walk along a block if it sports a variety of interesting things to look at. Thus, shops and small businesses—even ones that sell products or services you aren’t necessarily interested in—make for a much more enticing walk than do ground-floor offices, which, even if their windows aren’t blocked by shades, typically present little to attract the eye.

Having said all that, allow me review what we’ve gotten so far, and what we have coming up when it comes to ground-floor retail.

First off, I should make a distinction between a proper retail space, which is suitable for a shop or a restaurant, and a “live/work” unit. A live/work unit is one that is designed to be either a residence, a small business, or a combination of both. Typically live/work units have an individual entrance and are laid out with the main space at the ground level and an upper-level loft which serves as a bedroom. In 201 Marshall (the “orange” building at the corner where Broadway meets the Caltrain tracks) there are three live/work spaces along the Aguello Street side, facing the tracks. Of the three, only one is visibly being used as a work space: Erin Ashford Photography occupies the center unit. I examined the two on either side; one had its blinds closed when I walked by and thus may or may not be occupied, and the other appeared to be set up as a model for the building’s many apartments.

Some of our other new developments have live/work spaces as well. For instance, the ten-story Indigo Apartments appears to contain a number of them, some facing Middlefield Road and some facing Jefferson Avenue. And Marston—the large apartment building on Main between Marshall and Bradford—has eight lofted live/work spaces on the Main Street side, at least one of which I noted is being used as a work space for a small tech firm.

Of course, while much of our new development takes the form of apartments, we have a fair bit of new office space as well, some of which contains ground-floor retail. Although the Crossing 900 (“Box”) building that sits at the corner of Jefferson and Middlefield has none, its next-door sibling has two retail spaces, one of which is currently occupied. Both spaces sit side-by-side and face North Plaza, the triangular plaza that is bordered by the Box building, the Caltrain tracks, and Winslow Street. The space closest to the tracks is the home of Cru Wine Bar & Merchant, a delightful wine bar that serves some food (although not full sit-down meals, really) to go with your glass of wine or beer. (In the mornings Cru serves coffee and pastries, and at lunch they do salads, sandwiches, and pizza.) Cru’s neighboring space, which is currently empty, is slated to be the home of “Maebar Bistro and Lounge,” a drinking-and-dining establishment that will also feature music and dancing. However, Maebar is long overdue and the lack of visible progress makes me wonder if the business is actually going to move in as planned. Hopefully they will: both of these spaces have a generous amount of outdoor seating space alongside North Plaza, making them especially attractive during the early evening hours.

This will be a multi-story office building with a trio of ground-floor retail spaces ranging in size from 2,100 square feet to 2,600 square feet. The smallest of the three will lie mostly along the Hamilton Street side, but will have some frontage along Winslow Street. The other two will face Winslow, with one having some Theatre Way exposure. This arrangement should serve to lure people who are strolling along Theatre Way, and will likely serve to extend Theatre Way’s double-sided shopping/dining corridor to Winslow Street. While there may be an actual store or two in some of the 815 Hamilton building’s retail spaces, I expect that at least one will be a restaurant. Regardless, with these three storefronts on one side of Winslow, and Cru and its next-door neighbor on the other, expect to see a lot more people strolling along Winslow in the near future.

Seeming to keep pace with 815 Hamilton is the building rising at the corner of Marshall and Middlefield (across from the Bank of America): the 601 Marshall Street project. This office building has one ground-floor space on the Marshall Street side that could house a shop of some sort, although it may simply serve as additional office space. For an answer to how that space will be used, we’ll just have to wait and see.

And then there is the building that will soon break ground at the corner of Broadway and Jefferson, replacing the Powerhouse Gym building:

The existing building, which currently sports roughly 25,000 square feet of retail, is being replaced by a four-story building that will be mostly office but will also have more retail space than what it replaces: almost 27,000 square feet of it. Due to construction the existing tenants (those that have not already either relocated or closed up shop) need to move, and the largest—Powerhouse Gym—has already identified a new home: the space currently occupied by the soon-to-be-gone DB Shoes, just across Jefferson. At just over 10,000 square feet the DB Shoes space is quite a bit smaller than Powerhouse Gym’s current location, so it’ll be interesting to see how the gym squeezes into its new home.

Down Jefferson towards Veterans will be the recently approved condominium project at the corner of Jefferson and Bradford. This six-story building, which will replace the Every Woman Health Club, will contain a commensurate amount of ground-floor retail (4,500 square feet) below its 68 condominiums.

Elsewhere in town, the housing projects being built across Jefferson from Sequoia Station—“Greystar II” at 103 Wilson, and “Greystar III” at 1305 El Camino Real, plus the neighboring Franklin 299 apartments—include no space for retail. Because Greystar III was built on the site that formerly housed Redwood Trading Post, here we have to chalk up a net loss of some 15,000 square feet of valuable El Camino Real retail frontage. Greystar IV, if approved, will have a small amount of retail, but in terms of volume it won’t make up for the loss of La Mancha Plaza and the veterinary clinic, both of which will be torn down if this project goes ahead.

It’s good to see that in the areas where it counts—primarily, in our increasingly walkable downtown—the large residential and office buildings that are popping up here and there mostly sport retail spaces on their ground floors, keeping the experience for the pedestrian a comfortable and friendly one. I look forward to seeing who will occupy the spaces that are still available (and are yet to come), considering how important they are in shaping Redwood City.

As of this week we have a new restaurant along Broadway, one that, if their opening week crowds are any indication, is going to be popular. “Nick the Greek” sits next to L V Mar and is hard to miss given its bright blue awning. I have yet to give them a try, but they advertise Souvlaki, Gyros, soups and salads, so if that piques your interest, do give them a try! And then add a comment to this blog, letting us know what you thought.

22 thoughts on “Getting in on the Ground Floor”